It was 1865. A group of seemingly unremarkable rangers had been mapping and surveying the eolian
deposits of the Eastern Plains of Colorado, and found something entirely unexpected in the heart of
the wind-blown wastes: a shimmering curtain of space. A window. A portal.

Through this mysterious gap in their world they could see lush flora and foliage, and their ears were met by the song of a rushing, bubbling river.

They tried throwing through a pebble. It landed on the other side.

Then a sandwich, taken in jest from one of their own.

Four years later, there is a town. Settlers. Commerce. Industry. Prospecters, traders, hucksters, gamblers, and all the rest that a town attracts. A town called "Consequence".

Consequence is a Weird West LARP campaign, set to begin in Wellington on November 1st 2019. Further information can be found on Diatribe (external link) , or the Facebook group (external link) .

Consequence is a Weird West Live Action Role Playing (LARP) Campaign set in the fictional town of Consequence, Colorado, in 1869. 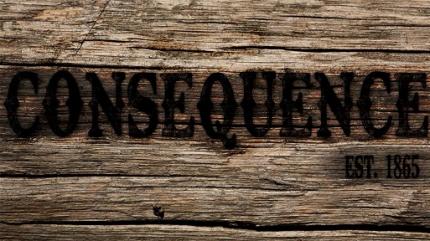